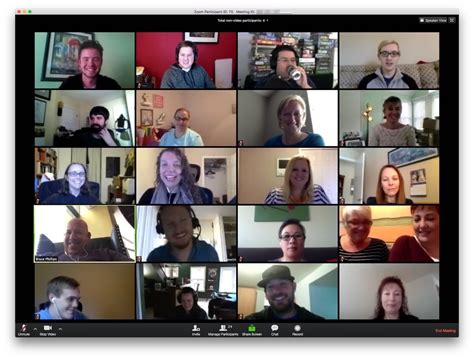 Wednesday morning, on 3 days notice, the KPFA Local Station Board Secretary changed the notice for Saturday’s monthly meeting to one that requires those wanting to attend or to make Public Comment, to send an email request to do so BY FRIDAY 9/18/20.

Prior to that, there had been place-holder language promising meeting participation details on Wednesday. The LSB had been meeting via Zoom since May and those coordinates were expected.

From many perspectives, there are problems with this “new” approach to a public meeting, attendance at which does not require persons to identify themselves:

1.    To require specific advance admission action by the public is a violation of the spirit, if not the letter, of the Corporation for Public Broadcasting regulation.

2.    To not provide for those without email access is discriminatory.

3.    Giving 2 days notice of the very questionable demand regarding a meeting that requires at least 7 days notice is beyond unreasonable.

This is the wrong-headed note:

“Address: To request info to observe and/or to make a public comment, email outreach@kpfa.org by 9-18-20.”

Although in recognition of the COVID pandemic, the Corporation for Public Broadcasting (CPB) relaxed rules around open / public meetings, they have not thrown them out and unless there’s a desire to continue to force the network to do without CPB funds*, the officers should post the Zoom info. (The Maestro system that many committees use is not suitable for LSB meetings as the board membership is 25 and the system’s service capacity is 25 persons, so neither listening nor public comment can be accommodated.)

It should be noted that although they had been allowing telephone participation for years, the KPFA LSB deciders became so confused by the need for all members to participate remotely on March 21, that they cancelled the meeting. But in fact, they’d also not called a meeting in February, and would not meet in April. Only after the LSB minority tried to hold a meeting in late April, did the majority finally hold a Zoom LSB meeting in May.

Limited thinking / controlling / exclusionary conduct that may also be CPB-illegal but is definitely violative of Pacifica’s commitment to transparency, is not limited to “free speech” Berkeley. The behavior is alive and well in Houston** and New York***.

It is also a lie that the Interim Executive Director and PNB officers can take money from KPFA bank accounts.

It is also a lie that the majority of the KPFA LSB voted to approve the Bylaw Replacement proposals presented in 2019.

** Houston reportedly has a new LSB chair. We’ll see how that goes. In the meantime, having to call or email to get selected admission to committee meetings needs to stop, yesterday. The CAB and Committee of Inclusion are notable exceptions to the foolishness being practiced in Houston.

*** In NY, we’re accustomed to a periodic management “Report to the Listener” and to LSB Radio Reports, when it suits the majority, but at least they happen. (D.C. provides a more-or-less regular on-air LSB report.) Lastnight on the Governance Committee call, there was discussion of systematizing the process so that all network members have an equal opportunity to not just give up their time and their money, but to hear from and speak to the people we’ve elected to the LSBs and to the people who manage our stations. A NY delegate – clearly missing the point that national committees help shape policy by helping the national board fulfill its network-wide responsibilities – reduced it to whether he as a member of the local majority thought it would serve his group well.

(Turns out that being elected through Standard Transferable Voting doesn’t indicate an understanding of or commitment to sharing power.)

Yup. Those unelected simpletons only provide the $11 Million that makes the operation run.–CR

Here’s the info on how to apply to listen or comment during the KPFA LAB meeting.
https://kpftx.org/pacalendar/cal_show1.php?eventdate=20200919
KPFA Local Station Board
Saturday, September 19, 2020
11:00 AM PT
To request info to observe and/or to make a public comment, email outreach@kpfa.org by 9-18-20.
Agenda ViewText
Posted Monday, July 13, 2020  Archive After Meeting”