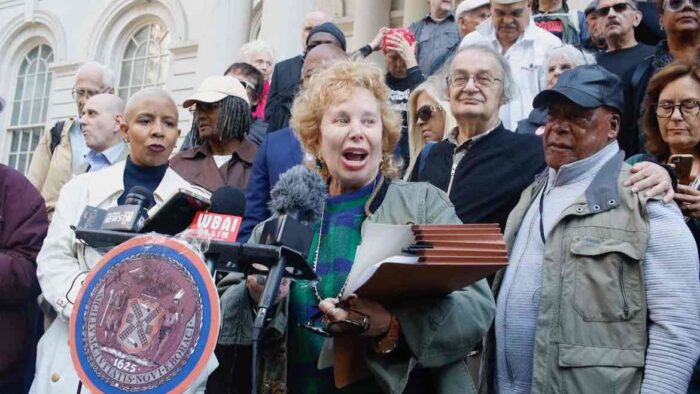 The Battle for Community Radio: By The People for The People;

Learn about the latest attempt to remove the community from our stations and the Pacifica networks’ governance.  A group called “New Day Pacifica”, is preparing to take another bite of the apple, yet another referendum to force through shattering changes to Pacifica’s bylaws to effectively end representative community involvement in the operation of the Pacifica Network. They’re essentially asking for taxation without representation – “you pay for it, but we’ll control it”.

When they say get back, we say fight back! Listen to Pacifica activists who will educate, agitate and organize about the threat Pacifica faces and why we must heartily oppose the New Day Pacifica referendum and keep the peoples’ megaphone keeping on.  By the people, for the people!

The broadcast included breaking news from Pacifica’s attorney, Arthur Schwartz of a failed attempt by Donald Goldmacher and friends to get a judge to turn over all of Pacifica’s assets and operations to a private “receiver.” Mumia Abu-Jamal sent a recorded statement supporting thje efforts to preserve democracy at Pacifica.