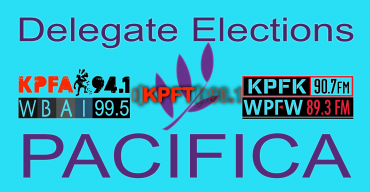 Here are some key excerpts from the NES Report:

The quality of staff lists – particularly unpaid staff lists – was challenging.  Due to the pandemic, there were many shifts in programming especially amongst stations with larger unpaid staff (KPFA, KPFK and WBAI). Coupled with changes in management at KPFK and KPFT, vetting the lists was particularly tricky.  Staff members left off of the initial lists could be added at any point during the ballot replacement period using the ballot request form and getting their programming work approved by management. Listener lists were provided to the NES in multiple formats with a few different origins – Allegiance, station specific databases [KPFA], and PayPal.  The NES requested that stations provide member-level as opposed to donation-level exports and issued a detailed set of instructions for membership departments to follow.  Membership departments tried their best to provide the lists requested by the NES. All stations had moved partially to Allegiance, a membership database software.  The quality of lists were affected by this shift and this varied by station.  At KPFK which typically has the best lists, attributed to Terry Guy’s expertise with MEMSYS (the prior membership software) and his diligence, the quality suffered due to the transition.  At KPFA there are 2 simultaneous databases, a KPFA-specific database, and the Allegiance software.  KPFA membership department is actively working on integrating the two.  KPFT’s lists were the smallest and easiest to clean.  WBAI’s lists improved significantly when compared to prior lists received — they exported 3 lists (primary, secondary household members, and PayPal) as opposed to 5 lists.  WPFW’s lists were the second smallest and thus relatively easy to clean.  The primary issue with WPFW’s lists was that the address field did not parse out street address, city, and state.  As with past lists, these were all combined into 1 field.

Once all lists — listener members and staff members — were completed, all unprocessed  raw  files were combined into a single file in a data management and analysis software  (Stata 14.0).   Key fields were used to run queries to identify erroneous data and remove duplicates.  For members with email addresses, electronic email campaigns were run to identify bounced and invalid addresses.

Quality of the lists was improved throughout the balloting period by using a ballot request form to correct errors, modify voter rolls, change ballot type,  or reset and resend ballots if the member made a mistake.  The ballot request and issuance protocol is described later on in this report.

The delegate election and prior elections have brought to light a considerable grey area regarding how joint memberships are defined. The term “joint membership” has been used interchangeably with the term “household membership” and as a result  some members are led to believe that they have a right to 2 ballots if their contribution equals or exceeds $50 per year.

Joint memberships have been historically missed because at the time a donation is made the volunteer or call center employee records only one name.  As a result, in order to capture these members, the NES has approached this issue by adding a second ballot request option on the ballot request form.  Second ballot requests are sent for verification [to] station membership departments, who verify the eligibility of the membership for a second ballot.  The term “household memberships” while not defined in the Pacifica Bylaws has become the proxy for identifying missed joint memberships.  A unique household with a unique address is the identifying information used by station membership departments to verify whether or not a given member account has donated above the $50 amount to qualify for a second membership and hence second ballot. The Pacifica Bylaws need to be amended in order to properly define what a joint membership stands for and include protocol for how these should be recorded by volunteers and call center services.  There must be protocol in place at the station level to ensure that the second person is added to a joint membership account at the time of donation and verify that this second person indeed wants to be a member in order to avoid a situation whereby they act as a proxy for the “primary” member who gains access to 2 ballot and casts 2 votes.  Adding a “household member” proxy for joint members missed at the time a donation is made to the membership list after the initial membership contribution of $50 has been allowed in past elections and referendums in order to address the poor quality of membership records.  Going forward this should no longer be accepted, as it can lead to the ‘padding’ of lists and members getting multiple ballots.

Going forward the lists submitted to the NES should be final lists with all eligible voting members included.  This removes much of the election staff labor associated with cleaning lists and ballot replacements.  Prior to submitting lists to the NES, station membership departments need to reach out to members — airing on-air carts, sending e-campaigns — to assess for the accuracy of their membership record, including whether or not it is a joint account, and inputting unique and valid emails for each member, and updated mailing addresses. Members on joint accounts need separate emails in order to receive an e-ballot.