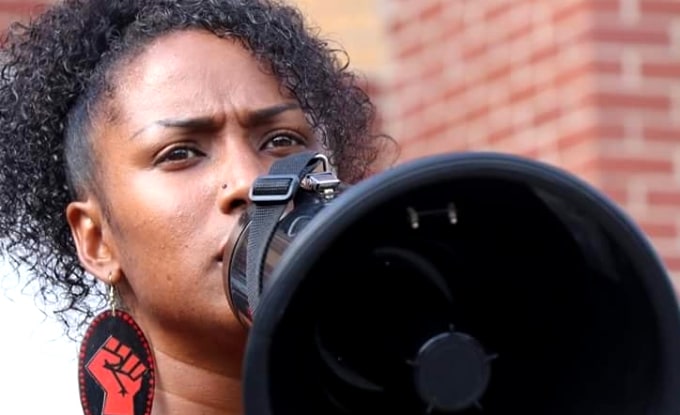 “Together, we will win back our airwaves!”

“We’ve been robbed!” is the cry at community radio stations across the country, from Tampa Bay, FL to Los Angeles, CA. As budgets shrink, the “last hired, first fired” rule is being applied to BIPOC voices (Black, Indigenous & People of Color), LGBTQI and other marginalized community voices. The excuse? Money.

MEET & TALK with fellow listeners & grassroots programmers fighting racist cuts going on at our community radio stations–stations that are on the front lines of life & death struggles! (Register Now!)

WE CAN WIN! Community push-back at KPFT reversed most of the firings of BIPOC programmers. Activist listeners & staff in Save WMNF Community Radio–Tampa Bay, FL are speaking out and organizing! The Association of Spanish Language Programmers at KPFK, Los Angeles (where 39% speak Spanish at home) is fighting for more inclusion!

Register in advance for this meeting:

After registering, you will receive a confirmation email containing information about joining the meeting.

WHY SAVE OUR COMMUNITY RADIO?

Recent news has revealed how corporate-controlled social media, with its massive armies of bots, AI, human hackers and media flacks, can EASILY CONTROL & MANIPULATE public opinion. Historically, community radio is a BASTION OF FREE SPEECH. Radio is a tried and true grassroots organizing tool for peace & social justice. It is the mission of Pacifica! Let’s BUILD our radio & multimedia to FIGHT BACK against a surge of deadly rightwing attacks:

Featured speakers in the first hour:

Plus station reports from WBAI, KPFA, KPFK and other Pacifica stations

Second Hour: Let’s hear from you, your concerns and suggestions for how to defend and extend people-powered community radio

What steps and actions can we take together to reverse attacks, rebuild the audience and impact of grassroots community radio in our areas? How can we connect and reinforce each other’s efforts?